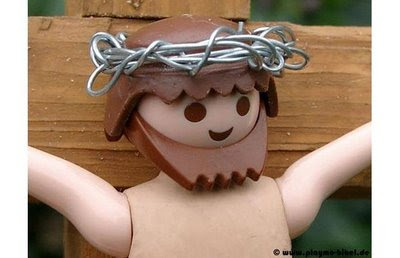 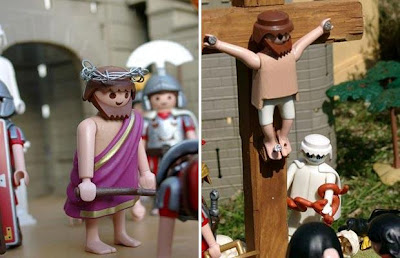 The Klicky-Bibel is essentially the Playmobil knock-off of the Lego-based Brick Testament. But there are a couple of key differences. For one, the Playmobil site was created by an actual pastor as an evangelizing tool, whereas the creator of the Brick Testament is an atheist.