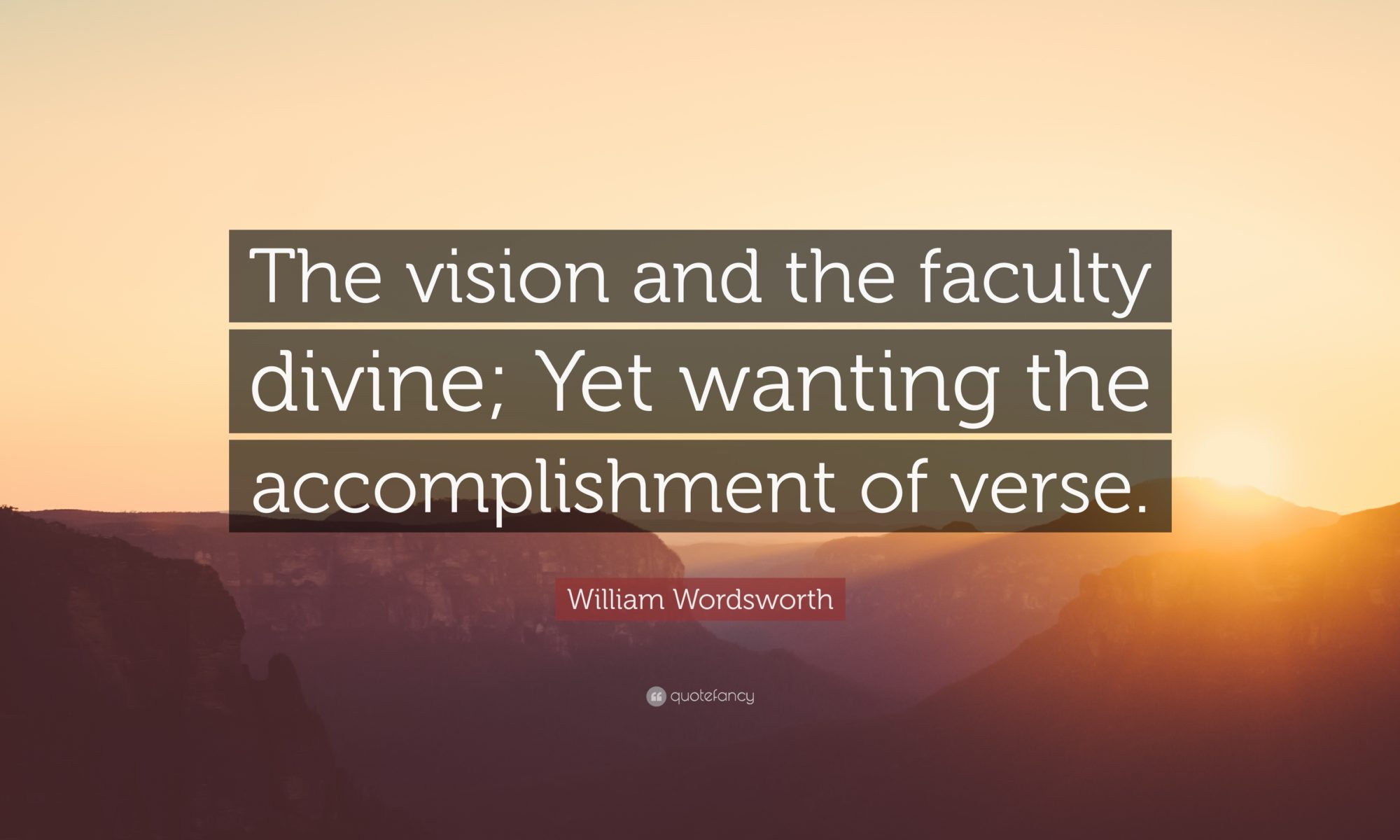 WORDSWORTH AND HIS VISION OF NATURE (BY ARANTXA)

First of all I would like to say that “Nature” has taken an important role in poetry of different periods of literature and countries. Nature is present not only in English literature but also in French and Spanish poets such as Garcilaso de la Vega and Émile Zola. But I would like to focus my attention in Wordsworth treatment of this topic and the romantic vision of nature.

Secondly, I am going to enumerate some characteristics that have something to do with the romantic’s vision of nature and Wordsworth own perception.

Romanticism is a general, collective term to describe much of the art and literature produced during the late 18th and early 19th centuries.

Romanticism can be seen as a revolution in the arts, alongside the political, social and industrial revolutions of the age: all spheres of human activity were undergoing great change. Wordsworth and Coleridge were among the first British poets to explore the new theories and ideas that were sweeping through Europe. Their poems display many characteristics of Romanticism, including:

1-An emphasis on the emotions (a fashionable word at the beginning of the period was ‘sensibility’. This meant having, or cultivating, a sensitive, emotional and intuitive way of understanding the world)

2-Exploring the relationship between nature and human life

4-A belief in the power of the imagination

5-An interest in mythological, fantastical, gothic and supernatural themes

6-An emphasis on the sublime (this word was used to describe a spiritual awareness, which could be stimulated by a grand and awesome landscape)

We can say that “nature” is always present (sometimes meaning something different depending on the poem) in Wordsworth poetry and it is the main theme in most of his poems. Furthermore, I would like to say what this poet thought about this topic.

William Wordsworth is the Romantic poet most often described as a “nature” writer; what the word “nature” meant to Wordsworth is, however, a complex issue. On the one hand, Wordsworth was the quintessential poet as naturalist, always paying close attention to details of the physical environment around him (plants, animals, geography, weather). At the same time, Wordsworth was a self-consciously literary artist who described “the mind of man” as the “main haunt and region of [his] song.” This tension between objective describer of the natural scene and subjective shaper of sensory experience is partly the result of Wordsworth’s view of the mind as “creator and receiver both.” Such an alliance of the inner life with the outer world is at the heart of Wordsworth’s descriptions of nature.

With regard to his poems, we can say that all of them deal, in some way, with nature. And this is what we are going to see now.

The presence of water in those poems where the sea appears, such as “ Lines written near Richmond upon the Thames, at evening” when Wordsworth says:

Oh glide, fair stream! for ever so;

Thy quiet soul on all bestowing,

Till all our minds for ever flow,

As thy deep waters now are flowing.

In this poem, appears a very huge ocean, and that ocean’s majesty and greatness still controls the individual and the species.

Another example would be “Lines written a few miles above Tintern Abbey”:

How oft, in spirit, have I turned to thee o Sylvan Wye!

Thou wanderer through the woods,

How often has my spirit turned to thee!

Here, that deep blue sea or that river, show us that water which is apparently calm, can change into huge strength waves and that would produce some inspiration in the poet that would change his feelings.

We can also find “nature” in his poem named “The Excursion” where he defends the nature’s contemplation to achieve the moral knowledge.

I have written all these examples because I think that it is interesting to see how Wordsworth saw nature in some of his poems as we can say that nature is his main topic and this theme takes a very important role in all his works. However, I would like to focus my attention on the poem called “Lines written in early spring”, also written by Wordsworth, where we can find a lot of examples of nature. It mainly talks about this topic.

I heard a thousand blended notes,

While in a grove I sate reclined,

In that sweet mood when pleasant thoughts

Bring sad thoughts to the mind.

To her fair works did Nature link

The human soul that through me ran;

And much it grieved my heart to think

What man has made of man.

Through primrose tufts, in that green bower,

The periwinkle trailed its wreaths;

And ‘tis my faith that every flower

Enjoys the air it breathes.

The birds around me hopped and played,

Their thoughts I cannot measure: —

But the least motion which they made,

It seemed a thrill of pleasure.

The budding twigs spread out their fan,

To catch the breezy air;

And I must think, do all I can,

That there was pleasure there.

If this belief from heaven be sent,

If such be Nature’s holy plan,

Have I not reason to lament

What man has made of man?

“Lines Written In Early Spring” is a classic Wordsworth poem. Basically, it expresses his love of simplicity, tenderness and love of nature.

In this poem, Wordsworth contrasts the perceived happiness and pleasure of the natural world with the grim state of mankind. He introduces this theme with the last two lines of the first stanza: “In that sweet mood when pleasant thoughts bring sad thoughts to the mind.”

Wordsworth then suggests that the happiness of nature should be paralelled by a hapiness of mankind: “To her fair works did nature link the human soul that through me ran; And much it greaves my heart to think what man has made of man.”

This poem is mainly talking about nature in a very positive way. It really recreates a spring atmosphere because he says “and ‘tis my faith that every flower”(line 11) or “the birds around me hopp’d and play’d”(line 13). What he is describing in this examples is very much related with that season( the spring).

It makes you feel very calm and relaxed because he describes that season with harmonious adjectives and tenderness. We can also see that calm in lines 17, 18, 19 and 20) where he says “the budding twigs spread out their fan, to catch the breezy air, and I must think, do all I can, that there was pleasure there”. Here he also recreates that feeling of breathing pure air, because it has always been said that when you are close to nature, the air is not polluted so it is more pure and there are not difficulties for breathing. So, here he is saying that he was lying in a tree seeing the lovely nature and breathing that pure air that nature brings him.

I think that in this poem, nature has a very important role and, although for Wordsworth, nature had different meanings depending on the poem he is talking about, in this one we can easily see that nature is here described as that sensation of calm, of being in harmony and seeing birds playing or leaves flourishing and breathing. So, we must say that this poem is a very good example of Wordsworth view of nature.